The Chinese Communist occupation of Tibet began in 1950, and the Dalai Lama fled to India in 1959, along with more than 100,000 Tibetans. A half century later, many Tibetans still live as exiles in India, Nepal, Bhutan and elsewhere. More than 7 million Tibetans remain inside Tibet also, where they have endured persecution and hardship. Ethnic Chinese outnumber Tibetans three to one within Tibet itself. Recent protests in Lhasa reflect years of pent-up frustration and hopelessness under Chinese rule.

For over two decades, Words of Hope has broadcast a message of hope to the Tibetan people. Nightly programs produced in conjunction with indigenous partner Gaweylon avoid political issues, focusing instead on a variety of helpful topics that touch Tibetan hearts. Each 30-minute program features multiple segments, including Biblical teaching. The broadcasts generate more than ten thousand responses each year–many from Buddhist monasteries where thousands of monks hunger for a better understanding of God.

Thank you for the literature and CDs you have sent me. I have distributed it in my settlement. The people in the settlement appreciate your radio programs.

I have been regularly listening to your radio programs, and the signal is very clear. When I listen, it is just like you are very near to me. Many of my friends and neighbors also listen to your programs very carefully.

I want to serve God and am praying that He will lead and guide me to the right place.

I listen to your program regularly and like it very much. Your program benefits the whole community. You share the teachings of Jesus and you do so much for the Tibetan people.

I listen to your radio programs regularly. I am so happy as your program has a lot of variety. I feel very glad when I listen to the messages of the Lord Jesus in the program. I appreciate the work that you are doing and the life-giving messages you share. 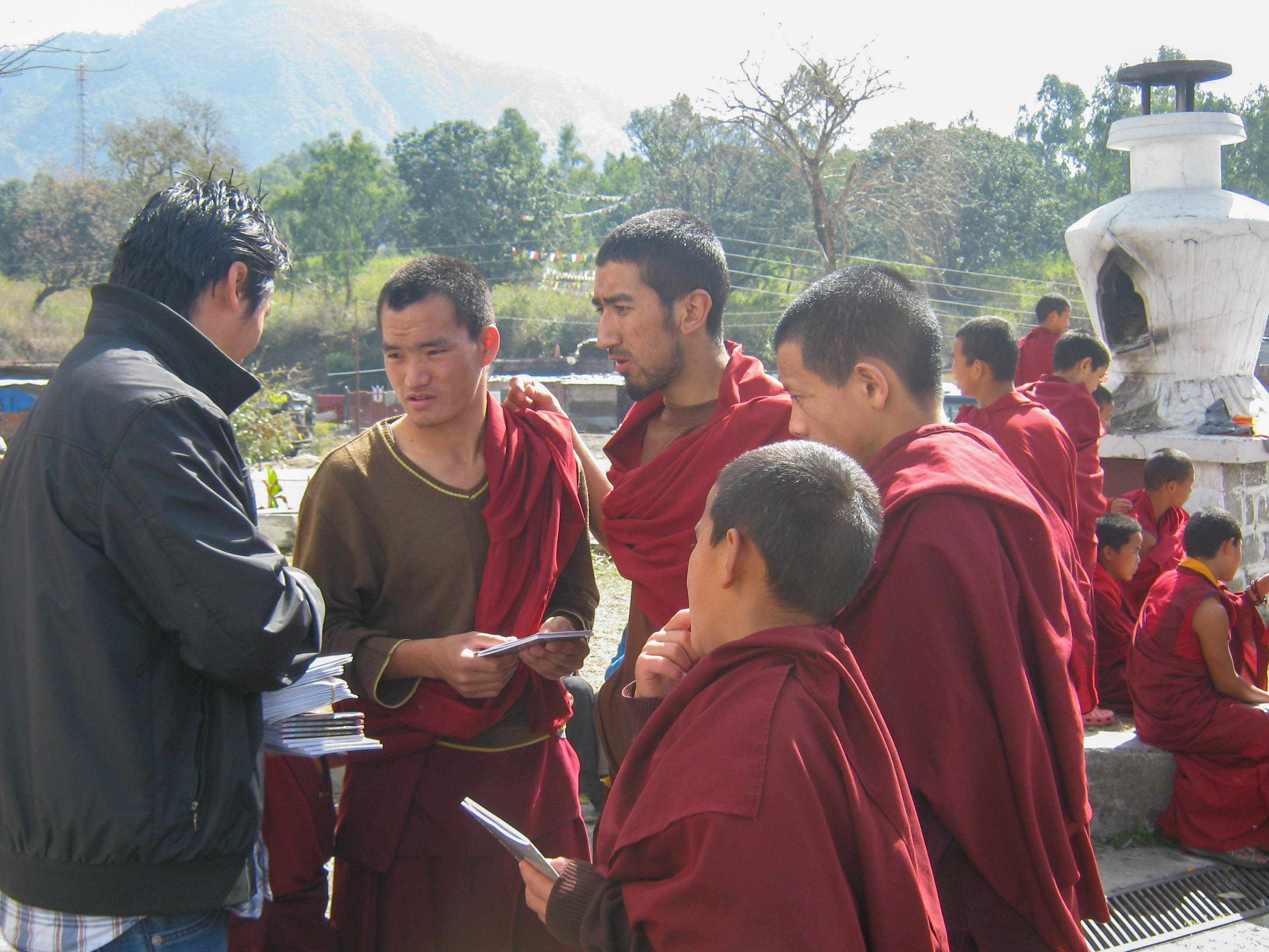