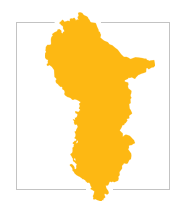 Words of Hope is building the church in Albania by giving those curious about Christianity a safer way to explore the faith.

Albania is a hard place. One of the poorest nations in Europe, Albania was ruled by a Communist regime for many years. Under this regime, no religion was allowed to exist within the country. This meant that all religious activities, including listening to gospel broadcasts, were strictly forbidden. Thankfully, when the communist regime lost power in the 1990s, the religious ban was also lifted, and legal provisions were made for religious freedom. Having been liberated from the government mandate of atheism, 62% of the population now identifies as Muslim and 30% as Christian. The Albanian church is growing, and indigenous Christian leadership is impacting communities with the gospel. Albania has a long way to go to recover completely from the devastating impact of atheistic Communism, but today, thanks to Words of Hope’s supporters, Albanians can listen freely to Christian radio broadcasts. With additional media tools ranging from print devotionals to smartphone apps, Words of Hope is bringing the good news of Jesus into the hearts and homes of Albanians.

When her Bible was torn to shreds and her whole family turned against her, one Albanian woman found strength for each day through gospel radio programs...

In a country where all religious practice was forbidden as recently as 25 years ago, Christians can now receive worship arts leadership training. ..
More Updates on Albania ›