The Acholi are an ethnic group from Northern Uganda, numbering over one million. The Acholi are known to the outside world mainly because of the lengthy insurgency of the Lord’s Resistance Army (LRA) led by Joseph Kony, an Acholi from Gulu. The activities of the LRA have been devastating within Acholiland. The Ugandan government moved hundreds of thousands of Acholi from the Gulu district into camps, where an estimated 1,000 people died per week at one point, primarily from malaria and AIDS. At the height of the insurgency, 1.8 million people in the north were living in camps. The long civil war in the North destroyed much of their society. Acholi is a southern Luo dialect of the Acholi people in the districts of Gulu, Kitgtum, and Pader (the region known as Acholiland) in northern Uganda and also in the southern part of the Opari District of South Sudan. (from wikipedia)

In this region of Northern Uganda, the native language is Acholi. Although school children learn English, Acholi is still considered their heart language. Many older people only understand Acholi. The programs aim to provide hope and counsel for those suffering the spiritual and emotional aftermath of war, in addition to supplying practical biblical instruction for those who are illiterate. 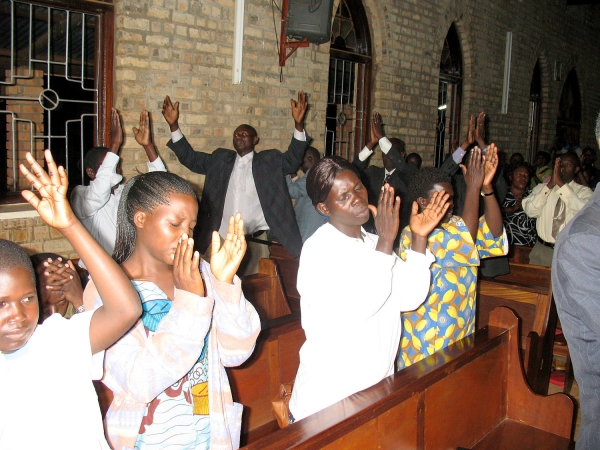