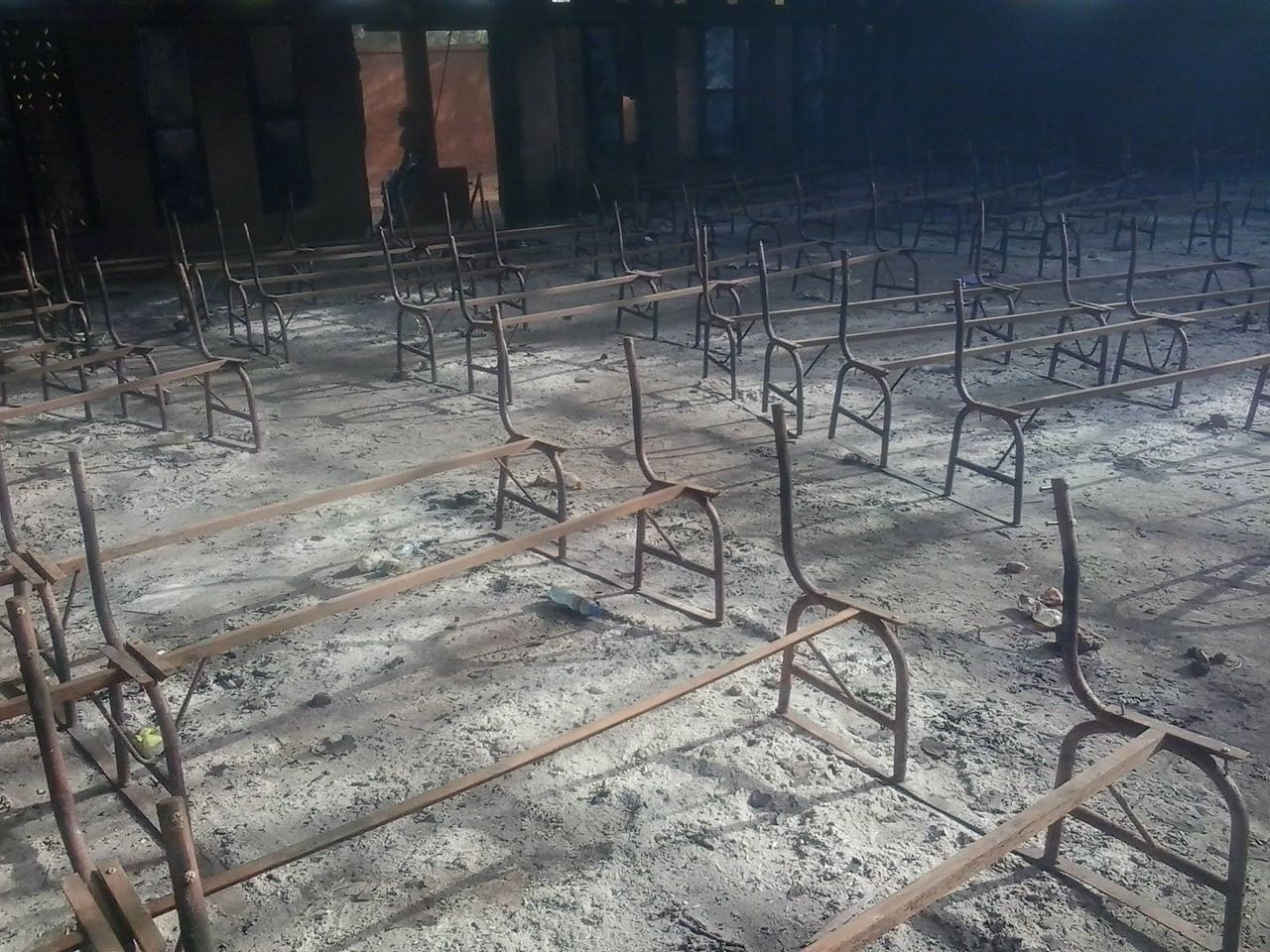 In January of 2015, rioters angry about the Charlie Hebdo magazine’s depictions of the Prophet Muhammad set fire to 45 churches in the country of Niger.

Now, six months later, many churches are still rubble and ash. More funds are needed before rebuilding can begin. Many congregations are worshipping in makeshift tents or pavilions.

That is why Words of Hope partners with the Evangelical Church in Niger. With proper financial support, they are able to increase the impact of their church’s ministry efforts. In time, we hope they can rebuild.

Despite the fearful circumstances of this year, however, none of the congregations have disbanded. In fact, many Christians are showing more zeal now than before the protests occurred. More people than ever are coming to church, and new converts are joining.

Words of Hope’s radio programs on the air inside Niger offer this encouraging message during these difficult times: “I call on every believer in Niger to forgive, to love Muslims with all their heart, to keep up the faith, to love Christ like never before. Although it is painful, and what we are experiencing is really difficult, we are God’s children. We must love our persecutors. Let no one seek revenge.”