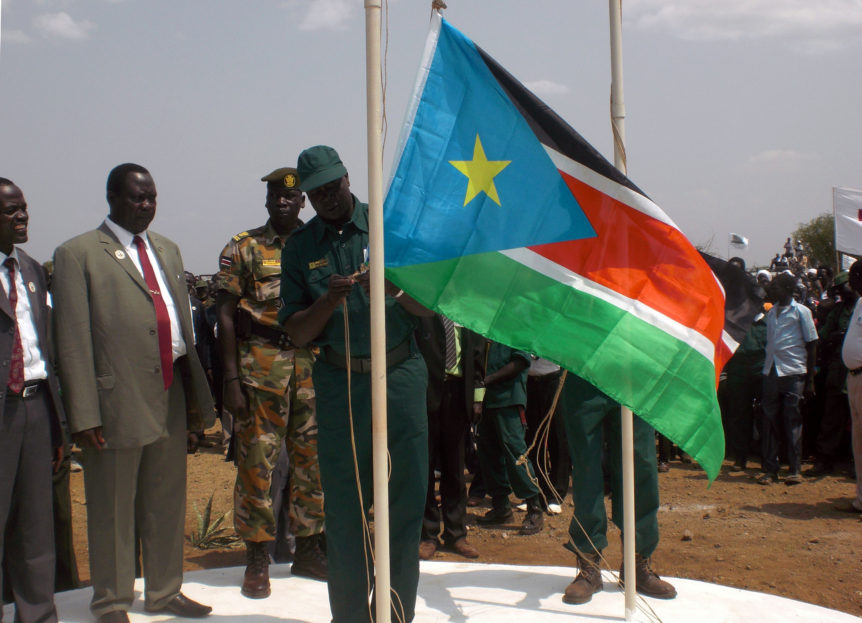 After more than two years of civil war, the country of South Sudan is finally emerging from the rubble.

The civil war that has ravaged the new country of South Sudan during the past two years has left deep gashes that only the grace of God can fully heal.

Tens of thousands of South Sudanese have killed one another during this time, and more than two million individuals have been displaced from their homes. Many of them are still living in refugee camps, unsure of what the future holds.

Hope for the Future

Now, it finally seems as though most of the fighting has come to an end.

Words of Hope’s South Sudanese radio producer, Rev. John Jurkuch, explains: “Words of Hope’s radio ministry has been having a lot of positive impacts in the area of peaceful coexistence in South Sudan, especially during this crisis.”

“We doubled our efforts in the production of peace and reconciliation programs. Without the support of Words of Hope, most of the illiterate Dinka and Nuer people would not have understood each other during these years.”

Now, the country is working on forming a transitional government that can maintain the tenuous peace. The former vice president has returned to the capital, and has once again been sworn in to his old vice presidential role.

“We have over three hundred thousand listeners in Rumbek,” says Rev. John Jurkich. “Local people have now reconciled there as a result of our radio ministry in partnership with Words of Hope. We appreciate your contributions to our work and ministry. Together we can make Christ the center of our focus.”

The country must now work to move beyond forgiveness and toward rebuilding almost all aspects of life. Over half of the population is now living below the international poverty line, and in the wake of the fighting, food prices have only increased.

Medical supplies are scarce in hospitals, leaving many in need without care. Oil fields in the country were also damaged during the civil war, depleting exportation of the resource to half of normal production.

In the future, there may be opportunities for Words of Hope to air programs that will help to rebuild the fabric of society in South Sudan. Health information and farming ideas will be important as people work to start over.

We praise God that reconciliation is happening. Rebuilding must follow. Join us in praying for ongoing healing in South Sudan.