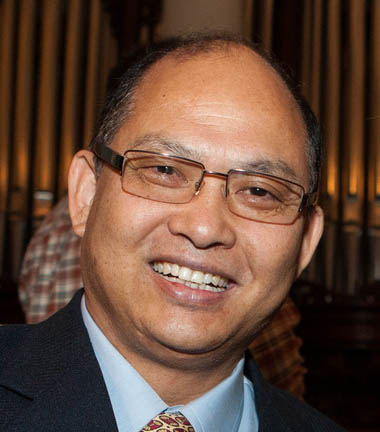 India is, without a doubt, one of the hardest places that Words of Hope works in. There are more unreached people in India than in any other nation in the world. The country as a whole has a Christian population totalling around six percent, but in the north, where Words of Hope primarily focuses evangelism efforts, there are areas where Christians make up less than one percent of the population.

Churches in India are scarce, and pastors are scarcer. The inequalities perpetrated by the cultural caste system and the immense poverty experienced by many make it even harder for local churches to afford outreach efforts.

Words of Hope has been working to spread the gospel and grow the local church in India since 1978. By resourcing and training people in India so they can more effectively carry out their own ministry efforts, we can help the church in India flourish within its own cultural context.

Words of Hope partners with Back to God Ministries International to share the gospel through media in the official language of Hindi, as well as in several smaller tribal languages from northern India and the surrounding countries.

Stephen Paul, who has served as the leader for this media ministry in India for 36 years, is in the process of retiring this summer. We are so grateful for his many years of faithful service. After a long search for a qualified successor, we are excited to announce that our ministry in India will now be led by Dr. A.K. Lama. The leadership transition between the two will become official later this summer.

Dr. Lama will bring extensive experience to his new role, having most recently served as the General Secretary (or Chief Executive Officer) of the Council of Baptist Churches in Northeast India. Dr. Lama is fluent in six languages, holds a PhD from Trinity Evangelical Divinity School in Illinois, has spoken at many major conferences, and has preached in different countries. Dr. Lama is married to Dr. Asangla Ao. Together they have two daughters and one son.

Please join us in thanking God for the gifts and talents that Dr. Lama will bring to this important ministry. Be looking for more detailed information in the fall edition of the Wavelength.