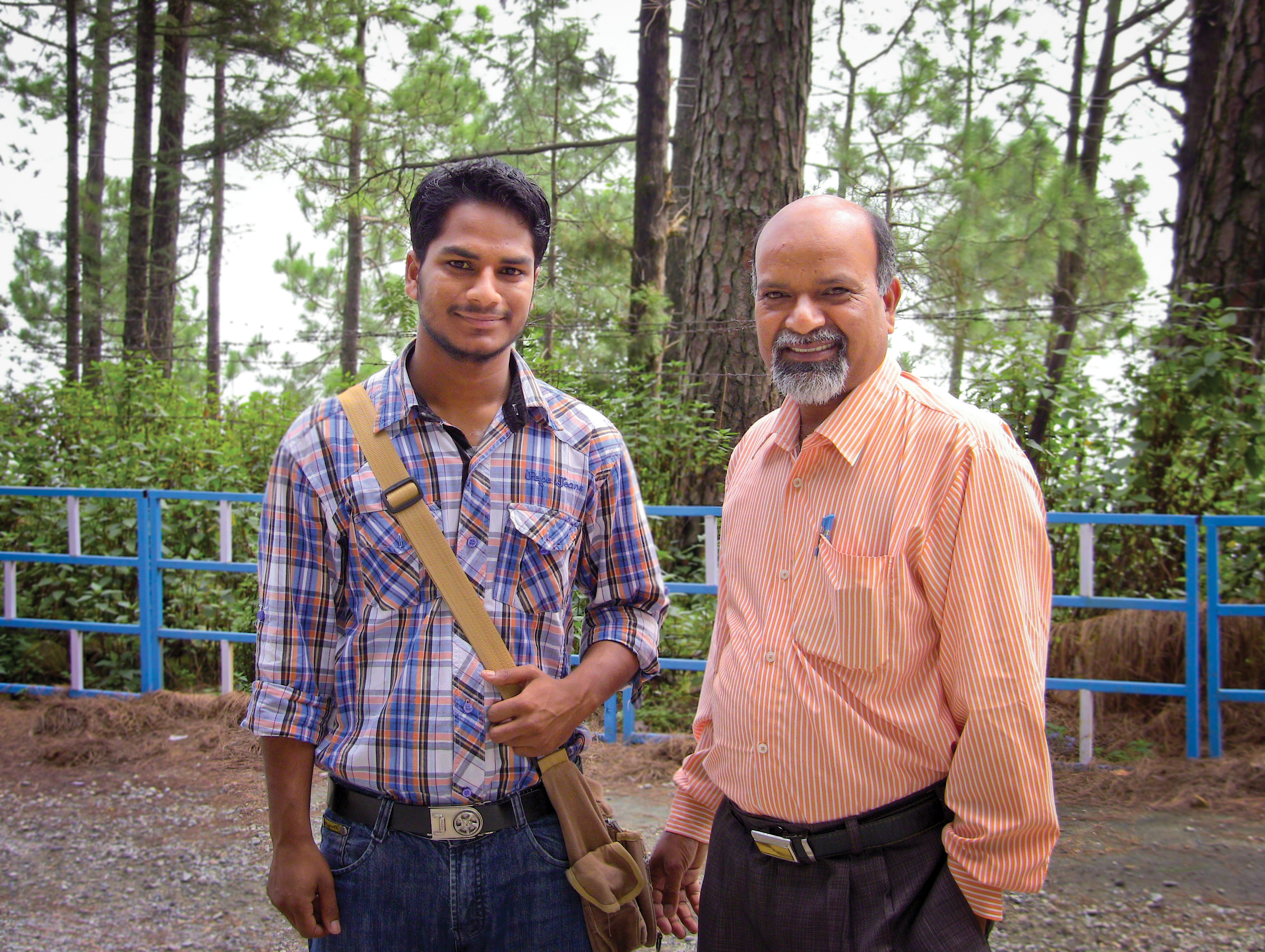 Words of Hope broadcaster Rajesh Mansell has produced daily Garhwali programs for several years. Based in the mountaintop town of Pauri in India’s Uttarakhand state, Rajesh regularly travels perilous, elevated trails to meet with Garhwali listeners. The Garhwal region is part of the towering Himalayan mountains and our gospel broadcasts in the Garhwali language have produced a great response.

Three years ago, a denominational administrator in his area noticed that Rajesh was discipling a growing number of listeners who lived near a church which had closed years earlier because it lacked a pastor. The administrator suggested that Rajesh begin holding Sunday services in the vacant church. As he began doing so, former members of the dormant congregation returned to the weekly services.

Now, after three years, from 50 to 100 gather for Sunday worship—double the number who had attended the church during the years before it closed. Converts are being baptized and the church is growing, all in one of India’s most remote and least accessible regions. While we are pleased whenever Words of Hope programs are well-received, we are even more pleased when the church around the world grows. Rajesh has been instrumental in both of these things happening in the Garhwal region. The denomination has even offered to officially install Rajesh as the church’s pastor.

Rajesh observed, “This church is now growing very fast. Many Hindus are now coming and are committing themselves to following Jesus Christ!”