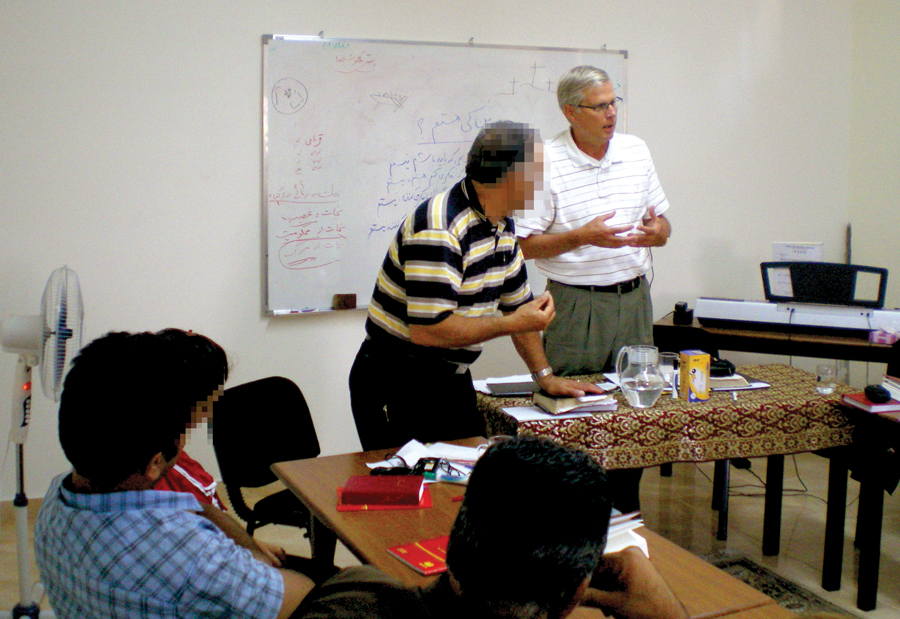 For Tom VanderLee, VP of Administration and Advancement, leading a conference for Iranian Christians is not part of his normal job responsibilities.

These conference are usually lead by trained pastors, but this conference was for people who had been Christians less than two years and our Ministry Coordinator for Iran (Persian Language), thought that Tom should lead this conference and focus on the parables of Jesus.

“What I found out was that the Iranians are a very friendly people. Maybe it was just this group, but there was a warmth right away. They didn’t know who I was and I didn’t know them, but they came with their families. We had a total of 36 people and at least 12 of them were young children, under the age of ten. So there was a lot of warmth and friendliness. I enjoy kids so I was on the floor playing with them and I think that all built relationships.”

After a week of studying the parables together, these relationships were even stronger. Being a Christian in Iran is dangerous. If you are openly a Christian in Iran you risk family pressure, job loss, financial ruin, arrest, imprisonment, and even death. So this was the first time that many of the Iranian Christians had been able to engage the Bible with other people. Only outside the country can these Christians have the fellowship and discipleship that American Christians often take for granted.

While Tom has returned to his regular responsibilities, these Iranian Christians returned to a country that does not welcome their belief in Jesus Christ. Please pray for these people and for the ministry of Words of Hope to Iran.